You are here: Home1 / Interesting Links

My Favorite Books and the Joy in Collecting Them

The Bronte Sisters –
I consider both sister’s masters at writing, though I considered Wuthering Heights rather dark. While visiting Haworth, the little village where the sisters lived, I had the opportunity to take the walking path to the moors where Emily wrote about in Wuthering Heights but opted out—it was cold and rainy. I convinced myself I’d be back again someday. My favorite of Charlotte’s is Jane Eyre … a penniless orphan who became a governess and her love for Mr. Rochester, Thornfield Hall. I liked Villette and the Professor, but Jane Eyre is my all-time favorite.

Pride and Prejudice    Jane Austen (1765-1817)
She referred to this book as her ‘darling child.’ Wonderful and it’s my favorite, too. Though I loved Emma, Sense and Sensibility, and Persuasion, but only mildly liked Mansfield Park and Northanger Abby. I toured through her little red-brick house in Chawton, Hampshire, England. We weren’t allowed to touch the little writing-table she used, yeah it was still there and yeah I touched it. I stood in awe reading where she collected scraps of paper to write on because the paper was rare and costly. I stood in awe of her little room upstairs, and the security guard who was watching the monitor of me downstairs touching Jane’s writing table. I didn’t get thrown out. I traveled to Bath to see where Jane, her sister Cassandra and her mother and father lived. Her father died there and so they moved on. Eventually, Jane died in Winchester, Hampshire, England, and was buried inside the Winchester Cathedral … I was honored to have touched her memorial stone while there.

The Queen’s English, An A to Zed Guide to Distinctively British Words, C. J. Moore. Just a fun read and another place to find more English stuff.

‘We have really everything in common with America nowadays, except, of course, language’—Oscar Wilde

Queen Victoria’s Sketchbook  (1979)  Marina Warner
I was very pleasantly surprised to find that Her Majesty was really quite talented in drawing. More importantly (to me at least) I gleaned from her sketches a brief glimpse into her thoughts as she drew her interpretation of people, places, and things that she found appealing. You know they didn’t have cameras in those early days of Her Majesty’s life, so in order to keep an album of memories, she had to sketch, paint or draw them. Like a few of us sentimentalists, we keep our cherished pictures in family photo albums on the coffee table … perhaps on our current Majesty’s coffee table rests Queen Victoria’s.

Bleak House  Charles Dickens
Trivia: while touring through Rockingham Castle, England, I noticed a well-worn leather chair sitting next to a window that overlooked a long grass walkway with huge Elephant shrubs running along either side. I was told that Charles Dickens sat in that very chair one day pondering the finish of his book Bleak House. Suddenly he glanced out the window and witnessed an apparition that inspired him to finish the novel. At least that’s what the tour guide said.

The Lure of the Limerick     William S. Baring-Gould
An uninhibited history with over five hundred examples, British and American, collected from many sources.’ Some hilarious limericks from Prof Edward Lear, (1812-1888), he wrote: A Book of Nonsense, 1846. His limericks were so jovial I used them in one of my books … at least I thought they were hilarious since they were written in stogy old England well over a hundred years ago. Who would’ve dared write such stuff in those days? Lear did. I found this little book in a garage sale somewhere and saved its life from utter ruin and …

A Classical Dictionary of the Vulgar Tongue
Captain Francis Grose, edited with a biographical and critical sketch and an extensive commentary by Eric Partidge. It was the first dictionary of English slang and appeared in 1785.

‘A maker of dictionaries is an active laborious creature, the navvy of scholarship, carrying his head backward and forward from one learned library to another.’ Osbert Burdett. ‘There is far more imagination and enthusiasm in the making of a good dictionary than in the average novel.’ Corrie Denison

The House of Mirth, Edith Wharton 1862-1937,
she was a Pulitzer Prize-winning American novelist—The Age of Innocence, 1920.

The Dictionary of Thought
A Cyclopedia of Quotations.  Cyclopedia is an archaic term for an encyclopedia. Bought this at a library lawn sale in Mt Pleasant, PA years ago. It’s well-worn with a few pages ripped. Was published in 1954. I’ve used it extensively in searching for just the right phrase, word, or meaning in writing about human nature in the era of Victorian England. And, I must say, reading these old quotations I’ve come to the conclusion that we’ve not changed much in well over 300 years.

I found this little gem of a book while walking through an open-aired library in Cornwall, England—at least I think it was Cornwall. One of the quotations in the book I really enjoyed was: ‘The great pleasure of a dog is that you may make a fool of yourself with him and not only will he not scold you, but he will make a fool of himself too.’ From the Notebooks of Samuel Butler (1835-1902). I found the quote so quaint I put it in one of my books. Yeah, I love dogs.

Other noteworthy books … though not historical Victorian, well-worth the read for writers who are always looking to improve their craft or for readers who are searching for really great books.

Greenwillow  B. J. Chute, (1956) one of my favorites. Beatrice Joy Chute. She passed in 1987. ‘A kind, gentle book. The kind of book you read when the world has left you a little bruised.’ Quoting Lora, unknown commentator, but so very well put. This book has found a place in my heart forever.

The Shipping News   E. Annie Proulx
A friend gave me a book to read. The first few pages didn’t really grab me, but I kept reading because it was a Pulitzer … so glad I did.  I struggle to write with a different twist, you know, something fresh. Well, Ms. Proulx writes differently and I don’t think anyone else will be able to capture the unique and fabulous way she tells a story, ever. After reading her book, I felt depressed because I compared my own writing to hers … wondering if I could make my writing better. Well, after considerable thinking on the subject, I concluded that we authors just do our best with what we have and read other author’s work to enrich our own writing, not to mention falling under of the spell of excellence in unknown worlds of fascination and awe. I honor Ms. Proulx’s work and understand why she won a Pulitzer.

Confederacy of Dunces   John Kennedy Toole, wonderful writing, wonderful. A style all his own. Great book. Loaned it to somebody and never got it back—can’t remember who I loaned it to. Toole earned a Pulitzer on this one … no wonder. But he died before being recognized as a master at his craft. I believe the story on how the book got discovered was that his mother found the manuscript under her son’s bed, read it, and thought it a really, really good book. She brought the manuscript to the head of the English department (can’t remember which university) for a critique. Toole’s mother was right.

The Shadow of the Wind
Carlos Ruiz Zafron … wonderful. On loan from my friend, Mary. I will return it soon, I promise. I like to reread good books … always find new things when I do. 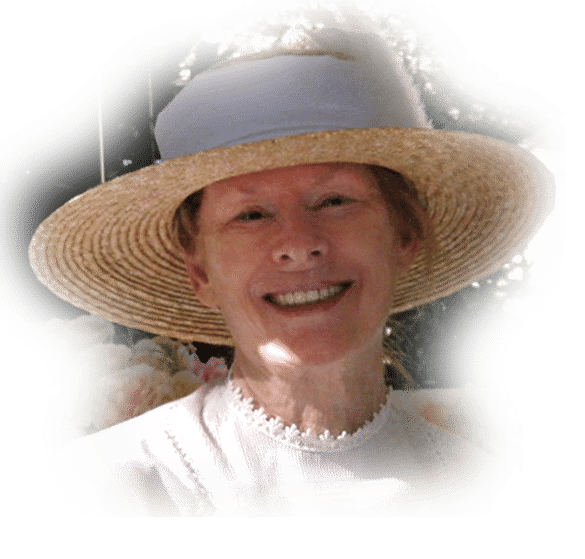 I have a zillion more books sitting on my bookshelves just waiting to be re-visited, categorized, and shared here in my library. I honestly believe paperbacks and/or hardcovers will never ever become extinct. It’s just more than wonderful to glance up and see a book of Jane Austen’s sitting on my shelf. Wouldn’t she be amazed at how far we’ve come … but then again, maybe not.

Oh, please let me know what your favorites are (I don’t care what genre) … I love to know why people revere certain books – helps me to be a better thinker.